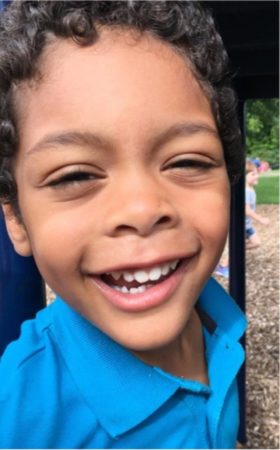 My son Jonathan was diagnosed with autism shortly before his third birthday. Once diagnosed I was informed that he would go to school to help his development, which was great news except I am a nurse and a single mom there was no way I could be able to get him to school and then to a babysitters on days I had to work. This could have been an extremely stressful time. However, Wilma Valentine Childcare was brought to my attention.

When I called for the first time I was reassured that they would work on an opening (which I believe meant hiring more staff). Regardless, from day one they have gone above and beyond for my son and I. They have worked tirelessly to create a routine between school and daycare that Jonathan responds well to. The staff and children that attend WVC treat Jonathan like family. Kids and staff say “Hello,” to Jonathan frequently when they see him out and about at the local Walmart.

I could not be happier. Finding a daycare for a typical child is stressful enough and it becomes even more stressful when there are special needs that need to be met. The staff at Wilma Valentine Childcare is incredible. They have worked hard to communicate with Jonathan on his level. They have been there to aid in his victories like becoming potty trained and they have patiently waited through his tantrums. I am so grateful to have the people at Wilma Valentine Childcare as part of my support system on this journey. I would highly recommend them. Wilma Valentine Childcare is filled with trustworthy people who care for your child like they are their own. They have helped him grow so much and I am forever grateful.

Won’t you help us in continuing Jonathan’s story and that of so many other children who need your support? We are a not-for-profit childcare center that has been in operation since 1992 thanks to the support of generous donors in this community. Many of the children we serve with special needs have often been unable to attend any other childcare setting in our community. Their physical, developmental or emotional needs are just too much for the larger centers to handle. These children need the expertise and consistency of our staff who have been committed to our center for many years.

We rely on the generosity of the United Way and of people like you to provide this much needed service in Shelby County. Staffing costs account for approximately 89% of our childcare expenses, therefore, your donations maintain our staffing levels so we continue in our mission to serve children with special needs.

Thank you for the consideration of a gift to our unique child care center. YOU make us possible!